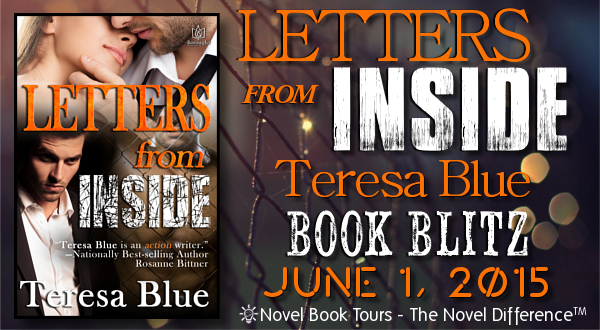 Detective Tom Harrington’s touch is like a warm balm, soothing life’s scratches from Linda Wheeler’s troubled heart, but he is also the last man she should trust: a stranger, a cop, a threat to all she holds dear.

INSIDE
Leaving her two-timing, alcoholic husband was tough, but single parenting is harder. Still, waitress Linda Wheeler will do anything for her teenage daughter. Jessica might be rebellious, but at her core she’s sweet and good, and a mother’s love must remain deep and true. Even when her child makes a terrible, perilous mistake that might end her in jail—or worse.

AND OUT
Detective Tom Harrington has personal reasons for keeping an eye on Carl Jenkins, so he follows the recently paroled rapist to the small Michigan town of Berrien. There he finds something even more personal…and confusing. Why would a seemingly decent woman write letters, pouring her heart out to such a dangerous convict? Is she really as lonely as she is beautiful? Linda Wheeler is a mystery that demands unraveling, just as her soft lips demand kissing and her wounded heart demands soothing. Above all, he must protect her—and his own secrets. 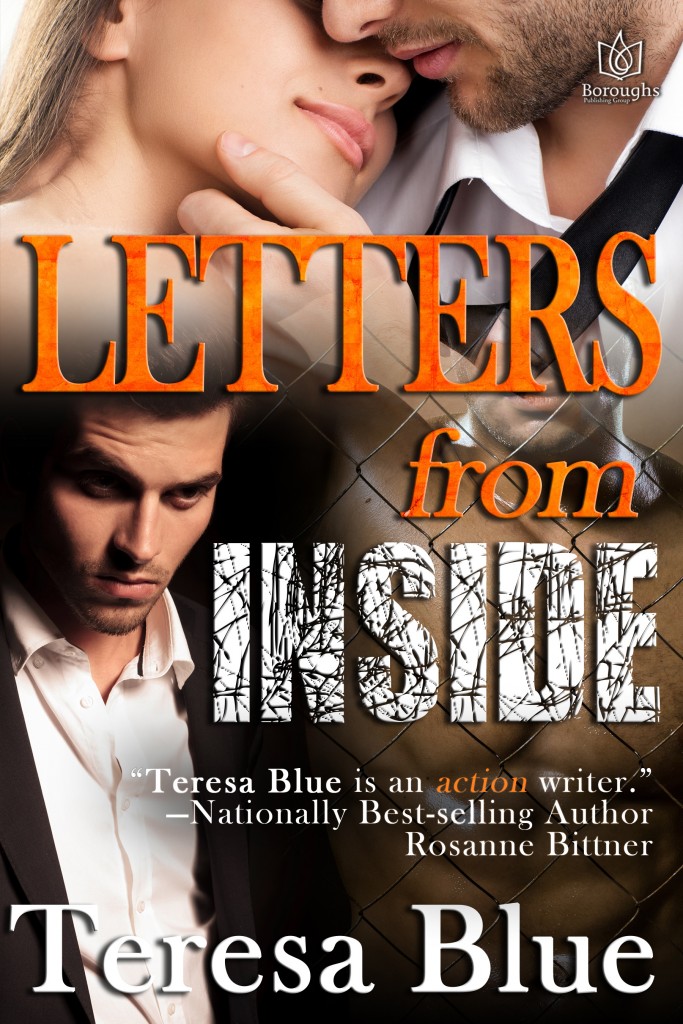 The bedroom door slammed behind her as Jessie threw herself on the ruffled spread stretched smooth across the bed, the one chore her mom still seemed willing to do as part of her motherly duty.

Grabbing the slim-line phone, Jessie dialed her best friend. If she had a cell phone she could have called her sooner, like the moment she’d opened the mailbox and saw the cryptic handwriting, knowing immediately it was from him.

She turned on the small Holly Hobby lamp that had belonged to her mom and, with the phone cradled next to her ear, removed a wrinkled envelope from beneath the waistband of her jeans.

“Well…guess what?” Jessie lay back against the headboard. “I got another letter today.”

“Another one? That makes what? Four? Five?” Lisa’s high pitch squeal blasted through the receiver.

“Five, not counting the card he made me.”

“Seriously? I can’t believe you’re actually writing to a convict.”

“I am very serious. I stopped playing games a long time ago.”

“Aren’t you the least bit afraid? I mean, convicts are dangerous you know.”

“First of all, I like to think of him as a kindred spirit. Like me, he’s someone whose rights have been taken away. He probably didn’t do much of anything, just couldn’t blend in with the so-called normal people.” She blew at the bangs hanging over her eyes. “As if we all can.”

“But what? Mom’s doing her best to keep me a prisoner around here, I may as well find out first hand what being locked up is all about.”

Jessie rolled across the bed and placed her feet against the headboard.

“Okay, I see your point,” Lisa agreed. “What will you do if he wants to meet you or something? Or, oh my God, what if he’s like, a sex pervert? He could be a real psycho.”

“You’re starting to sound just like my mom. I’m not going to write him forever, you know.”

Her stomach fluttered and she wondered for a moment if maybe this hadn’t been such a good idea, and then envisioned her mom’s stern face and squelched the thought. With all the crap she’d been through lately, this diversion was just what she needed.

“Don’t forget the guy’s locked up, remember? Unless he’s Houdini there’s not much he can do behind bars,” Jessie said, and let go a long exaggerated breath. “Guess what I asked him?” Her girlish giggles erupted and she dropped her voice barely above a whisper. “If they really make license plates,” she said and snorted with laughter. “Can you imagine? I get my permit next year. I could probably get a discount on my tags.”

The sound of her mom’s footsteps stopped outside her room.

“I’m leaving for work now, Jess. Be sure and lock the door, okay?”

“Okay, Mom. I will.” Soon after, her mom’s car started up and rolled down the driveway.

“I’ve heard those cons have humongous biceps. I mean all their spare time is spent pumping iron, right?” Her face became hot just thinking about what the mysterious pen-pal might look like. “I’ll bet he’s a hunk.”

“Well, I still think you’re crazy, Jess. What are you going do if your mom sees the letters? Or, even worse, suppose he were to call the house or something?”

“Relax. Our mail doesn’t come until late afternoon and I always get it first. And I didn’t give him the phone number. I’m not totally stupid, you know. Besides, it’d probably be collect and my mom would never accept the charges. You know how freaking cheap she is. I mean, come on, I’m probably the only living person on the planet who still uses an old-fashioned house telephone. I mean, would it kill her to shell out eighty bucks a month for me to have a freaking cell phone?”

“She told you she didn’t have the money, Jess.”

“I don’t think you should write him again. Besides, couldn’t he, like, get in trouble, you know, writing to a minor?”

“I already thought of that. I signed the letter Linda Wheeler. Cool huh?”

Jessie held the phone away from her ear until the yelling died down. “Chill out, will ya? I’m sure I’ll probably never meet the guy. And if by chance he does show up, so what? Mom doesn’t appreciate a good man. Let’s see how she deals with a bad one.” 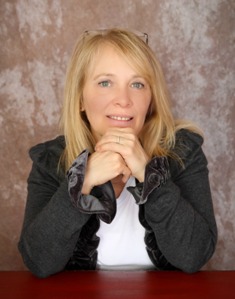 Teresa Blue grew up in a Southwest Michigan town so small it didn’t even have a stoplight. Sweltering summer evenings were spent on the front porch hoping to catch a breeze and life seemed to crawl. She discovered books and by the time she entered high school, had sailed the high seas with Captains and rode the English countryside with highwaymen, robbed stages– well, you get the idea. She fell head over heels in love reading romance.

And for awhile reading was enough, until the day it wasn’t. For whatever reason,she picked up a pen and just wrote. And has been at it ever since. Happily married for thirty years, the mother of three, she’s also a grandmother to four. Her favorite day of the week is Monday when the kids – and grandkids – all return home for a hot cooked meal. And for a few hours the house is filled again with kids, cartoons and chaos. 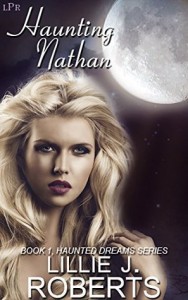 A natural skeptic, Nathan Daniels is challenged by his professor to write his thesis on existence of spectral energy—supernatural in nature. Entertained by the idea and prepared to debunk the possibility, he’s in for a shock. Not only is his new apartment haunted, but he finds the hazy pull of the pretty blonde in white go-go boots and pink miniskirt irresistible.

Ande Conners is caught in lonely limbo—and unfortunately—stuck wearing the Halloween costume she died in decades earlier. Pacing the same apartment without hope of change or release, she can almost feel her absent heart beating faster when Nathan moves in and sets up his ghost busting equipment.

Reaching out to him in those moments between consciousness and dream, she seeks his help. Can they make a connection? Will he be the one to help her move beyond this world or does fate have something else in store for the two of them?

Warning: Fantasy, ghost story with a hot twist! Ghosts can have fantasies too. 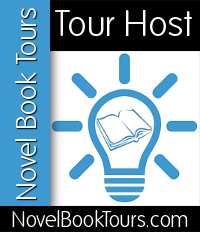 One Reply to “Book Blitz: Letters from Inside by Teresa Blue {Excerpt & Giveaway}”