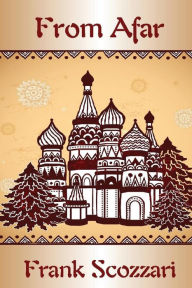 For centuries, poets have argued that unrequited love is love in its strongest form. From Afar is a timeless tale of Morgan Stanfield’s search for love in the far northern city of Saint Petersburg, Russia. Leaving the warm climate of Santa Barbara, he embarks on a four-day odyssey where he encounters a Russian beauty, a prostitute, a wise old babushka, an American chauvinist, intellectuals, the Russian mafia, and the ‘face’ of love, and comes to know how love from a distance can be more captivating than love close on hand.

Frank Scozzari captures the angst of loneliness as Morgan Stanfield travels to Russia to find a true love, someone to fill his life even become a wife. But his contacts belie their good intentions and lead him into a victim’s role. Nevertheless the loveliness of St. Petersburg allows the reader to follow his resurrection back to his courageous self. Hope for his future love seems assured by the quality of life he offers to a true heart. 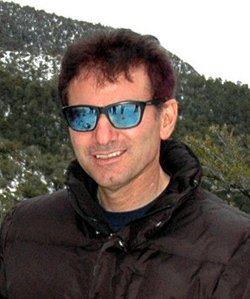 Frank Scozzari was born in Bay Shore, New York. He moved to California as a child, where he attended and graduated from Cal Poly, San Luis Obispo. He now resides on the California Central Coast. An avid adventurer, he hobo’ed his way across America at age eighteen, twice trekked the John Muir Trail, backpacked through Europe, camel-backed the ruins of Giza, jeep-trailed the length of the Baja peninsula three times, globe-trotted from Peking to the Paris to the White Nights of northern Russia, and once climbed Mt. Kilimanjaro – the highest point in Africa. A four-time Pushcart Prize nominee, his award-winning short stories have appeared in numerous literary magazines including The Emerson Review, Berkeley Fiction Review, Tampa Review, War Literature & the Arts (U.S. Air Force Academy), Pacific Review, Eleven Eleven, The Bitter Oleander, South Dakota Review, Minetta Review(NYU), Hawaii Pacific Review, Ellipsis Magazine, The Nassau Review, The MacGuffin, Reed Magazine, The Broken Plate, Roanoke Review,and Short Story America, and have been featured in literary theater.

One Reply to “Book Review: From Afar by Frank Scozzari”