The nightmare included a pile of books under her feet. I turned away at the last minute—before the fire began to crackle. Actually I woke up. My oldest, award-winning book, “St. Joan’s Architect,” isn’t yet published. In a symbolic burning of my dreams for its publication and the resulting movie, I am presenting excerpts to the public, hoping you enjoy the read as much as I did writing the story. I’ll include a list of my references at the end of the story, eventually. I may have taken as much pleasure in the research as the writing. 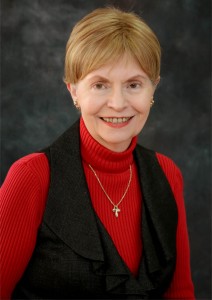 A fledgling architect Catherine Marksteiner’s high-school graduation trip to Mont Saint Michel includes a visit from St. Joan’s ghost, who takes advantage of Catherine’s abilities. History says the saint went missing for four months. Was Mont Saint Michel her destination and the site of Joan’s betrayal into the hands of the English? Now St. Joan wants a glass dome addition for the unused platform in front of St. Michael’s to house butterflies in her honor. Catherine is not sure who is rendering the intricate drawings in her sketch pad but she’s fallen in love with the island and wants to marry a citizen. She isn’t told the artist who sketches her is already engaged, but he has a smitten cousin, Romèe, who is ready to offer his father’s shipping fortune and Vatican connections as well as his hand in marriage.

“I’m kissing all the rooms good-bye,” Catherine Marksteiner’s mother said. “Are you ready? The cab is here in fifteen minutes and we’re off to chase St. Joan’s ghost around Mont-Saint-Michel.”

Catherine nodded. Their life in Ann Arbor would end after this last trip. Catherine would join graduate students in Lansing’s School of Architecture and Mother would move to Chicago with her new husband.

Wrongly interpreting Catherine’s mood, Mother said, “I’ll make sure the movers arrange your room in Chicago exactly as it is now.’

“It doesn’t matter.” Catherine sighed. “I won’t see the furniture until Thanksgiving.”

“I envy you.” Mother sat down on the bar mattress next to Catherine’s carry-on bag. “Your grandmother knew I could never survive college.”

Catherine shoved her blue nightgown into the nylon bag. “What makes you think I can” Traces of a disturbing dream floated away before she could recount them.

“No worries. At your age, I hardly spoke to people. And my brain has never entertained a logical thought.”

Catherine closed the zipper on her bag. Mother was too wound up with wedding arrangements to consider how unsettling it was not to return to the only home Catherine had known for eighteen years.

“I packed them away with my school things.”

“Won’t you need them on Mont-Saint-Michel?”

Catherine slung her camera bag over her shoulder, careful to keep her long hair from getting snagged. “My digital will do. I don’t want tourists crowding me.”

“Suit yourself,” Mother said. “We’re going to have a great trip. Aren’t you excited to finally visit Mont-Saint-Michel?”

Catherine followed her mother down the circular staircase. “I’m just….” The house echoed their retreating footsteps. “Nothing will ever be familiar again.”

At the foot of the staircase, Mother embraced her roughly. “Me. You remember me, don’t you?”

Catherine giggled. “Yeah, you I know.” Then embarrassed by an unstoppable sob, she blurted, “But you’ll be in Chicago with Danny.”

When the cab arrived, a slight breeze dislodged blooms from the magnolia tree. A shower of pink petals littered the yellow taxi. Catherine opened the car’s door for her mother. “You just want to be haunted.”

“St. Joan might have visited the Mont,” Mother argued. “I want to ask her why she keeps haunting writers. Montaigne, Mark Twain and Bernard Shaw were all enchanted with her.”

Catherine slid into the back seat next to her mother. “You’ll probably end up being visited by a mold-smelling, toady spirit monk and your next paranormal novel will be a best seller.’

On the way to the airport Catherine’s thoughts turned to the dream of the night before. “I wanted to tell you my dream, but I don’t even remember why.”

“Joan of Arc.” Mother gripped Catherine’s arm, as if she recalled the saint’s admonishment the same moment Catherine did.

In surprised unison they repeated St. Joan’s dictate, “Why sleepest though whilst heavens quake? Prepare to tear the cosmic screen serene. If you are the salt of the earth, I am the volcanic mist, the unchangeable syllable.”