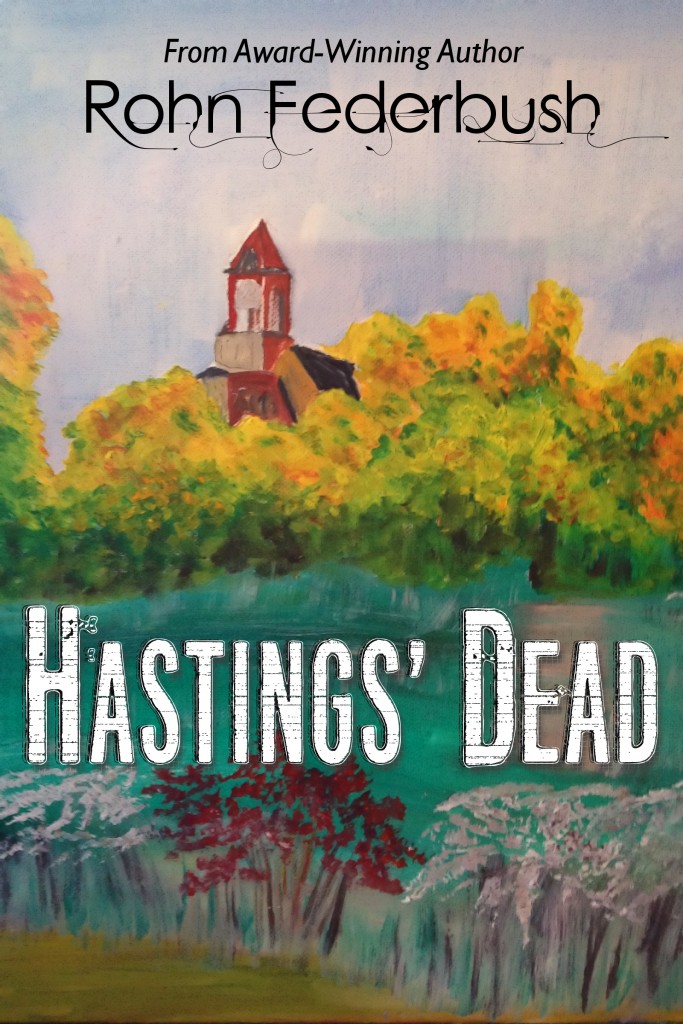 David Dahlton encouraged his best girl to follow him up the narrow staircase. “Diane, you’ll love the view.”

Diane Pettergill shook her head. How many times must she wear herself out following him up creaking staircases to capture yet another view of their hometown? “Who’s going to look at your pictures?”

David sat down on the top step, realizing he had a problem. Photography would rescue him from farming drudgery without leaving the secure confines of Hastings. “Maybe I’ll publish a book someday.”

She smiled at him. “That’ll be the day.”

“Don’t you want to see our town become famous?” He noticed he hadn’t thoroughly cleaned the mud from his shoes. Maybe Diane was reacting to the smell of recycled pig food.

“I’m more interested in our future than this stupid town’s.”

“You don’t want to live here after we marry?” David’s mind spun out of control. He thought she loved him, wanted to have his babies and see them grow up in town. “Wouldn’t you miss your parents and your sister?”

“Betty said you wouldn’t listen.” Diane tucked a stray strand of hair behind her ear. “We could visit, you know.”

Their life wouldn’t be the same. “We’d be strangers to everyone—even to our own folks if we stayed away too long.”

“You are a stick in the mud.” Diane turned her back on him.

He listened as she slammed the side door to the tower. David climbed up to the landing under the bell. Hanging over the side nearest the front door, he called to her. “Come back. I don’t want to lose you.”

Diane stopped her retreat down St. Rose’s front walk. She stood with her back to him. Then shaded her eyes as she looked up. “I’m not ready to say goodbye either.”

“Wait for me.” He wanted to ring the bell for the celebration in his heart. Instead he took several hurried photographs in each direction. He’d need to come back to get more shots. They’d known each other since childhood. Out on Route 43, only a corn field separated their farm houses. Both their families were among the first settlers of Hastings.

Once he reached her, Diane apologized, offering her hand. “I’m sorry. I know you love to take pictures. But, don’t you want to photograph the entire world?”

“It’s been done.” David dropped her hand. ‘I want the world to love our town as much as we do.”

“What makes you think I’d be happy in this dinky burgh?”

“Small. I said dinky.” Diane stretched her arms out. “I want to unfold my wings. Do something important before I die.”

That’s when David got the idea he couldn’t share. “Okay,” he lied. “I promise this will be the last time you ever need to climb a flight of stairs for me to click my camera in all four directions.”

“I knew I could convince you.” Diane smiled. “College will be more fun, together.”

David followed her up the stairs again. However as soon as they had both reached the landing, David lunged at her. He knocked her down against the west ledge, away from the view of any onlookers in town. For a second he wanted to turn her around to get a good look at her fear, but he decide she might survive and ruin his life.

“Let’s see how far you can fly with those important wings of yours.”

David watched her all the way down. In the struggling three-story fall, her body flipped over.

Diane stared right into his eyes until she hit the very hard pavement in the parking lot.