My church is holding classes after their Wednesday night dinners for the congregation. One is called, “Who Gets Grandma’s Yellow Pie Plate.” We get down to the details of who gets what when we’re gone. I was imagining my granddaughter opening a shipment of mystery souvenirs from my life. Hopefully when they arrive she’ll be married, rushing to organize her children’s day while preparing for an important meeting at her prestigious firm. Perhaps she’ll promise to open the boxes in the evening when her son and daughter are tucked in bed for the night. Would her husband help her unwrap the various articles, laughing with her at the strange assortment? I’ll be watching momentarily from where, as the song says, “When we’ve been there ten thousand years bright shining as the sun, we’ve no less days to sing Him praise than when we first begun.” 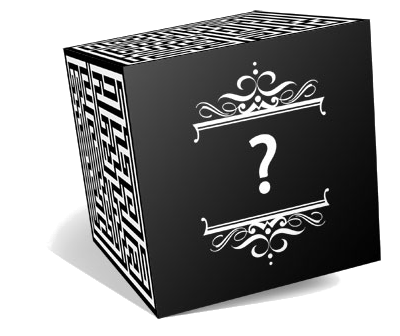 Harder to imagine is who will pack the boxes and even find the listed items in my will. My husband would have a difficult time finding the jewelry items and attaching notes as to their significance or worth.

Would it be my nephew who discovers the six gold bracelets which I bought as hedges against old-age’s worry of poverty? I attended his Hindu wedding where I was told by his mother that the bracelets she wore each signified one year of marriage. I thought at the time it was a lovely idea, but the cost of the collection quickly dissuaded me from following her tradition.

The box for my three emerald rings is in my sock drawer. Two were found in Seattle and one exactly fitting into the curve of the others was from Chelsea, Michigan. The ring of three opals reminded me of those stolen out of my backpack when I fled the home of my first husband in 1969. I’d been generous enough to pick up a hitchhiker from a Chicago toll booth. I guess he thought he should lighten my load. One ring of garnets and diamonds combines all the gifts from lovers and husbands. I had it made during a seizure of nostalgia. My mother’s pearl screw earrings probably won’t be worn, but I had to include them as an heirloom for my granddaughter.

Would they even own a record player to listen to my collection? Nat King Cole, the Everly Brothers and Ella Fitzgerald might remain silent. And what about the stacks of unpublished novels or computer thumbs of hundreds of poems and short stories? Would they be read before trashed or lovingly published by CreateSpace on Amazon?

Of course the photo albums and scrapbooks should be thrown out. They wouldn’t be worth the cost of shipping them across country to Seattle. But just maybe my granddaughter would have time during her stay for my memorial service at church to rip out the pictures she would like to keep. My oldest niece might save a few too.

The cartons of souvenirs might be hauled down into a basement somewhere, surviving a flood or two to be found by the next generation of movers and shakers. It’s not as if I could take any of this with me where I’m eventually going.