From Seattle comes this strange tale, which hasn’t reached the national news stations, yet.

Seems seventy years ago, this young couple met partying. They continued their celebration of youth longer than relatives deemed proper. Binging, dancing, carousing with friends at college and staying up all night together didn’t sit well with short shrift employers either. Undependable work habits, late arrivals, and abandoned degree programs left both of them with non-existent resumes of worthwhile experience. 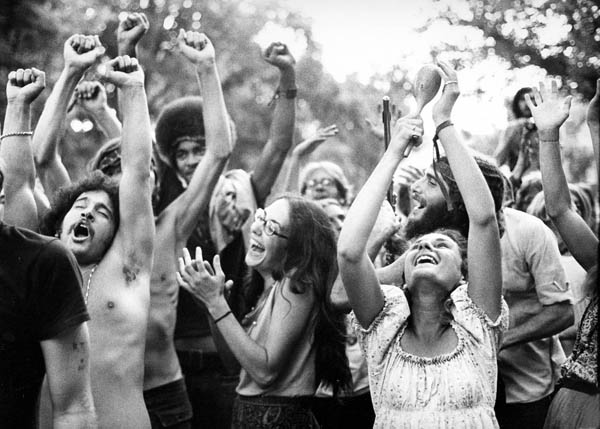 The summer of their partnership’s fourth year, they failed to meet the rent deadline. They found themselves lugging about the few little belongings they could fit into two shopping carts. By this time neither family saw fit to welcome the ruined pair into their homes.

One morning the random leavings from garbage bins left the young woman vomiting to the point of dry heaves. Their street buddies recommended a charity clinic on skid row. You guessed it, she was three months pregnant.

The complex destiny of impending parenthood changed their outlook. They entered a sheltered program which guaranteed housing until a feasible work record allowed them to afford their own apartment. The university re-instated both students and their nights were spent studying religiously for exams.

Within six months he had finished his undergraduate degree, secured a better position and they were able to save part of his salary. Her schooling wasn’t as successful but she continued progress toward her graduation. Their baby boy arrived and joy rewarded all their hard work.

Both families and far-flung relatives accepted the child into their ranks but retained misgivings about the child-rearing capabilities of his now-sober parents.

In two more years, the child’s mother graduated with honors. She captured an evening university job as a campus guard. The position didn’t pay that much. Nevertheless they acquired a mortgage for a small bungalow. Without the families’ support, furnishings were sparse. A mattress on the floor for them, a fully stocked child’s room, beanbags in the front room, and food on the kitchen table was about all they could swing.

Dragging clothes to the Laundromat got really old, really fast. He found a former schoolmate who lived upstate and was wondering how to get rid of an old washer and dryer. For the very first time her mother reluctantly agreed to watch the child one Saturday afternoon. They’d long ago stopped trying to impress anyone with their modest financial headway, failing at this crucial junction to share their destination.

The couple never returned. The house was lost, their employers irate and the child reluctantly cared for by a revolving crew of aunts and grandmothers. The boy heard the reputations of each parent maligned daily by one grudging care-giver or another.

Seventy years later, divers exploring the underwater crater of a dead volcano came upon a wrecked car with a washer and dryer still attached precariously to its trunk. Forensic experts identified the remains as former university students, the parents of the abandoned child.

Long dead the judgmental family of the twosome’s now-elderly son could not have created a more hostile, toxic environment for the orphan. Did he rise above their predictions of his future? Was he able to create a perfect loving world of his own? Will we ever know?

6 Replies to “What Would Have Happened?”