* * * * *
Parish North is the blonde adopted son of a Huron native, and with his manhood-quest completed in time for his father’s trip with a Jesuit bishop, he’s allowed to participate in the efforts to secure powwow agreements from seven tribes around the Great Lakes for the building of the Erie Canal. During the trip, Parish recognizes his vision temptress in Dorothy Evans. 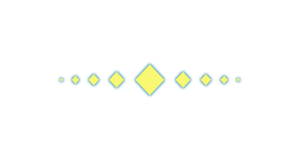 It’s 1841 and after three years of potato blight on the Ring of Kerry, fiery seventeen year old Irish lass, Angela McGovern leaves behind family and friends to follow her destiny in America. Meeting the tall and handsome Englishman, Michael Halliday on the crossing was an unexpected adventure, and Angela’s courage and character will be tested in ways she never imagined during the passage.

Michael (Bumble) Halliday has secured his dream job as a lighthouse keeper for Lake Superior’s Strawberry Island, and he’s determined to follow through with his plan of living a quiet, hermit’s life . . . No matter how attractive he finds Angela.

Will Michael’s stubbornness destroy the chance of true happiness for both of them?