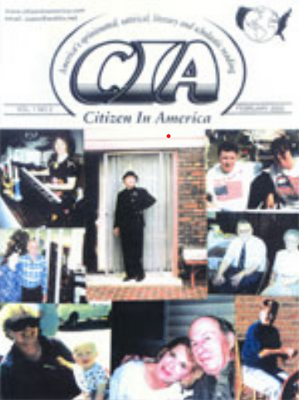 In the Camelot fifties, Catholic virgins slept with their hands above the covers. Grown ignorant in the Sixties, romantic women tripped over each other to get to Robert. His friends paid his rent for the rare book shop. They took him to dinner, bought the wine for the store guests and even took his clothes to the cleaners. They arranged for him to board free, as protector for an older woman.

He was the perfect companion for the opera, movies, shopping or rides in the country. If money was a little short, they took him for walks all over town, like a dog. Nowadays, Robert would have been given enough helpful hormones to smoke a horse-sized organ out of any week-kneed youth. But unadorned as a teenager, his red hair and unpulsating hips allowed him the calmness to approach the girls and talk. While other lugs were dropping their books and stepping on their toes, Robert practiced low tones and the prolonged eye contact that could melt the pinkest frosting.

That’s how it was in the late riotous Sixties, Robert was done in. Divorcees who hadn’t heard three hours of constant conversation from their husbands since courtship days fought over his dulcet tones. Young hippies jumped in his lap and hung their bare thighs over the arms of his chair, running ringed fingers through his gray, kinky locks. He enjoyed the gumption of some of those kids.

Robert’s charm never faltered. He had had four decades of romance rehearsals. When his experiences didn’t keep the uneducated hoards entertained, he retold them Hemingway tales. In Robert’s endless script, the first kill of his spy mission in Spain was the chap who first climbed Hemingway’s garden wall in Italy. One teenage hippie, who’s father had committed suicide, moved him into the back room of the book shop. She was possessive. He lost his friends and all their amenities. After two years his cat died, as he did on Sally’s sheet-less mattress a week later.

That was thirty years ago. I’d gone there unbidden too. Mud-turtle mothers hunt for havens where they can dream belly-up. I still hear his words, judge my friends by his standards, feel his light kiss on my cheek. I drive out, whenever I can, to Waterloo’s state forest preserve, where I used to drive him to see the sand-hill cranes and too few deer.

Back to Inspirational Short Stories >