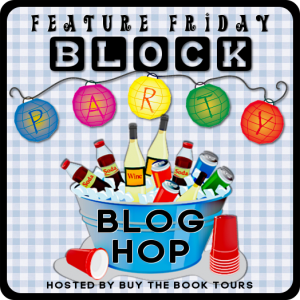 My husband says I need to practice talking about my books, not the content but how I came up with the ideas. So here goes . . . As far as I remember, I’ve always written. When I was a full-time employee of the University of Michigan, I couldn’t wait until I retired to write all day. I thought I would be published by a traditional publisher by now. I’ve finished more than fifteen novels and two novellas. After buying three filing cabinets and FILLING them with rejection slips for my poetry, short stories, and novels. I decided to self-publish.

The first novel was Salome’s Conversion. I never liked Oscar Wilde’s seduction rendition or the death scene in the Strauss opera where the soldiers kill the dancer by plummeting her with their shields. According to Josephus’s history, Salome was merely twelve or thirteen when she danced at her mother’s request for her step-father. Claiming her innocence, I decided to write about her escape from Herod and where she might have taken refuge during the three years our Savior, Jesus Christ walked the earth. In my King James Version the authors move around the miracles to suit their tastes. I did the same. I also made Mary Magdalene the Mary whose brother was Lazarus. Salome doubts all the miracles until the Resurrection.

Then I published three historicals. As a member of St. Andrew’s Episcopal Church’s history group, I was able to take advantage of their access to the Bentley Library. Diaries of members and the general populations have abstracts to choose from. The biggest donor to the church also became the first president of Michigan’s Historical Society. It seems he was innocent of a larceny charge and took it all the way to the Supreme Court to prove he was free of any wrong doing. Apparently he wanted future generations to be aware of his struggle. However, when he was only thirteen, he attended the Maumee Rapids Treaty signing, which gave President Monroe enough land from the Indians to build the Erie Canal. The treaty with all the names of the seven tribes around the Great Lakes in 1818 is kept in the Ann Arbor District library. So I wrote North Parish to reconstruct the trip around the lakes to acquire consensus for attendance at the treaty signing. Of course, I wrote about a young couple that fall in love with each other during the voyages.

My 1841 novel Floating Home was inspired by a lighthouse keeper’s diary. He had propagated seven children before his Ann Arbor wife sent him off to man a lighthouse in Lake Superior. The diary contained descriptions of his lonely hours and daily tasks as well as a detailed drawing of a large wooden globe and its rotating stand. For my hero’s heroine I chose an Irish gal escaping the potato famine. The young nobleman is an artist and wants the lonely habitat to fulfill his dreams of being an artist.

The 1879 novel Love’s Triumph came from reading a biography of a man called Vaughn who funds scholarships for chemistry students at the University. I use him as a well-documented villain of Ann Arbor’s typhoid epidemic. For the heroine I conjured up the second female lawyer in Ann Arbor living with her Civil War veteran grandfather. Her hero is the oldest son of a furniture maker who loses most of his family to the disease.

Bonds of Affection combines the female race-car driver who lived in an apartment across the hall from me in my younger days with my mother’s loss from cancer and a pair of high school twins who fill out the romance’s story line.

Thanks so much for stopping by to visit – Take a cookie {or two} and then follow along with the other hop participants! 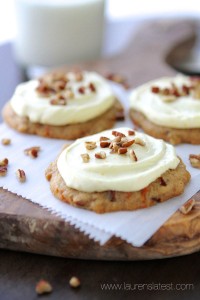 Soft, cake-like cookies with the tastiest cream cheese frosting ever!

Cream butter, coconut oil, sugar and molasses together until completely smooth. Scrape sides and mix again briefly. Stir in vanilla and egg. Then stir in dry ingredients until just combined. Scrape sides and stir again briefly. Stir in carrot and nuts by hand. Scoop onto prepared baking sheets and bake 8-9 minutes or until edges are brown and cookies have poofed up slightly in the center. Cool 2 minutes on baking sheet, then transfer to cooling rack. Cool to room temperature.

For the frosting, place all ingredients into a small bowl and whip until smooth. Spread each cookie generously with frosting and top with chopped pecans if desired.

8 Replies to “Motivations For My Novels”