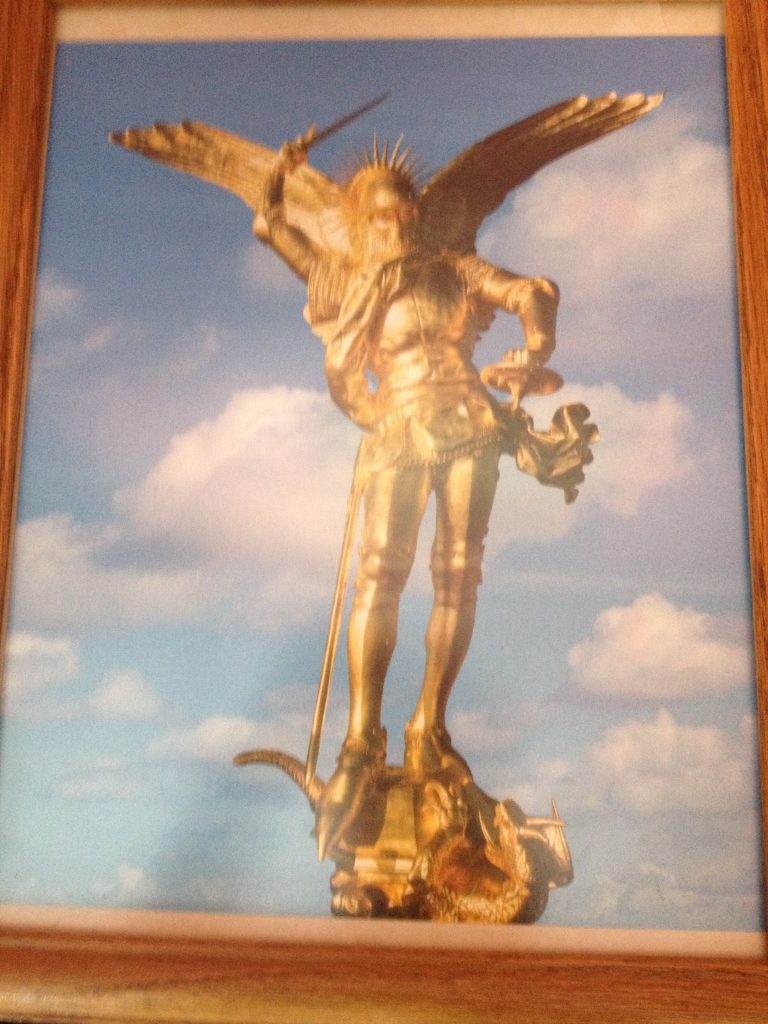 St. Michael the Archangel, the patron saint of France, of course appeared to Joan of Arc when she witnessed the English robbing her village of livestock to feed their armies. And when Romèe, Joan’s mother, refused to force her into marriage, St. Margaret of Antioch became her steadfast companion. Margaret’s mother, portrayed symbolically as the Satan-dragon who gave her birth, failed to protect her daughter from death, when Margaret refused to marry. And St. Catherine, who convinced fifty of the wisest men in Alexandria to follow the Lord, stayed by Joan’s side to answer each argument with common sense.

Mark Twain, Bernard Shaw, Henry Adams, Francis Gies, Lucky Foster Madison, Regine Pernoude, V. Sackville-West, and Brian Tyson all would have wanted to bend the sweet damsel’s ear if they hadn’t been born too late in history. Where writers failed her, architects might yet fulfill St. Joan’s need to be recognized today as the temporal savior of the nation of France.